In the last two years, Brunswick has renovated its upper school science lab and created a massive fund, the STEM endowment, which has a million dollar commitment with one hundred thousand dollars paid off this year. In the lower school, there is the new Innovators’ club as well as Coding club, and the Middle School has its award-winning Robotics club. Obviously, our school is moving hastily, with the rest of the intellectual world, towards the fields of Science-Technology-Engineering-Mathematics. Has the popular term “liberal arts education,” often used to describe private schooling, become an anachronism?

On the perpetually changing spectrum of educational relevancy, a new trend has appeared and affected the curriculum of universities, preparatory schools, and other institutions. Of course, education has the greatest influence on the future of society. Education, in today’s uber-competitive era of resumé-based elitism, determines the paths of individuals as they strive for success in the complicated job market. Therefore, if college and occupation selection are becoming more influenced by a certain list of expertises over another list of expertises or skills, then the first must lead to a more successful path in society. Since the advent of computers and the internet, the discovery of DNA and the structure of the atom, Einstein’s theory of relativity, the production of the automobile, and countless other 20th century scientific breakthroughs, the emergence of Science-Technology-Engineering-Mathematics education has been promoted at the expense of liberal arts education. One may wonder, has the emergence of STEM altered the occupational playing field?

The popular claim for increasing STEM significance in America’s schools has been reiterated by the government and commercial industry ad nauseam. It is assumed that with the technological trend in the commercial economy, our future workforce must be first and foremost well-versed in the fields of STEM. Their second point is that there is simply more demand for workers in STEM related fields.

In a Forbes magazine article, contributor John Ebersole cites the work of Robert Charette, an editor for the IEEE Spectrum magazine. Charette claims that although popular belief is that STEM has not received enough attention in education to sustain our technocentric economy, in fact, 4.3 million or more workers of a 7.6 million STEM job workforce in 2010 did not have degrees in STEM subjects, according to the U.S. Department of Commerce. In other words, Charette believes that STEM jobs can indeed be attained without a degree, meaning that our collegiate and K-12 curriculum does not have to be drastically changed to compensate for our increasingly tech-reliant economy.

Michigan State University recently conducted a study that stated that childhood participation in arts and crafts leads to more patents generated and businesses launched in the STEM fields as an adult. In other words, creativity and the balance of liberal arts and STEM at an early age aids workers in the STEM field later in life. Another interesting facet of the study is that while interest in STEM has increased, persistence rates have remained the same; 40% of students that originally aim to major in a STEM field drop out and pursue a different field within four or five years. This statistic shows that STEM majors have remained notoriously difficult. Michigan State followed this study by discovering that these dropout students, all in the Honors program, were from a significantly less affluent background, where they may not have received the same exposure to classical liberal arts. Michigan State concludes that an increase in STEM significance in early childhood and high school may have no effect on the students’ successes in the field if they are not exposed to Liberal Arts subjects and more creative based courses.

To further the argument that success in the field of STEM is directly dependent on exposure to more Liberal Arts topics, Inside Higher Ed conducted a survey of 263 hiring managers nationwide for Northeastern University. Inside Higher Ed found that roughly 60% of these hiring decision-makers believed that oral and written communication is still the most important skill for graduate students to possess. A more respectable 85% believe that creative thinking is just as important as critical thinking. In an even more radical survey, Inside Higher Ed found that 83-87% of the American public and business leaders felt that the graduate system must do a better job if America was to remain competitive in the intellectual and occupational spectrum.

As the scholastic world realizes the importance for a two-headed, balanced curriculum, unbiased towards one pole or the other, many speculate as to the roles that workers with a humanities degree versus those with a STEM degree and their future in the workforce. The Huffington Post states that STEM workers, with even Barack Obama subsidizing and supporting the effort, are the future of America’s standard in innovation and intellect. A study in 2012 illustrates that America is far behind other nations in math and science, putting significant pressure and focus on the future of our STEM workers. Meanwhile, Huffington elaborates saying that, “To most, a degree in Humanities is a wasted piece of paper and a job at a fast food chain.”

Luckily for those employed in the liberal arts field, the Huffington Post’s statement is sarcastic. Elaina Provencio, the writer, continues to say that humanities majors will be required to “run our schools, social services, and political centers.” To further glorify the necessity for the continuance of liberal arts education, Provencio states, “Engineers do not fit at the UN table.” However, the blunt harshness of her first statement must be alarming to those with interest in arts education. After all, an intellectual field that is mocked and subordinate to another will obviously decrease in desirability.

Outspoken political figures arguing for the decline of the humanities' significance and necessary uptake in technological focus have been various Governors and individual state officials as well as President Obama himself. Florida Governor Rick Scott was asked, “Is it vital for the state to have more anthropologists?” He responded, “I don’t think so.”

The core identity, or trademark of American intellect and innovation has been, in the past, in fields of entrepreneurship, finance, and government. Since the establishment of democracy, America has set the standard for political excellence. Another patriotic cliché, but valid nonetheless, is that capitalism has been the most successful method of generating wealth in all of human history. The overarching similarity between these ideas is that they have been fostered by an education in liberal arts.

But a lack of patriotism is not the fundamental problem with the recent shift away from humanities. One cannot deny the importance of technology and science; however, solving crucial societal and political problems have been queried and attempted by history’s greatest thinkers, and they are truly the key to the success of human beings. Until the Humanities can provide us with the answers to these age-old philosophical problems of human nature, STEM cannot take the forefront of our intellectual devotion.

However, as displayed by the recent studies of Michigan State and Inside Higher Ed, it is the combination of these polar opposites of academia that allows humans to achieve and manifest the miracle of their intellect. For now, those of us concerned with marveling at human intelligence, a unique characteristic in the Animal Kingdom, shall continue to bicker over the pinnacle of our knowledge. It is obvious that in our era of extraordinary technological evolution, STEM deserves significant focus, but it is paramount that we do not lose the fundamentals of the humanities which allow us to express creativity in the other sect of problem solving. An unlikely figure provides an elegant and exemplary resolution to end this argument:

... read more
Staff
Gordon Kamer '18
Editor-in-Chief
Diego Jasson '18
Managing Editor
Oliver Nusbaum '18
Creative Director
Timothy Carter '18
Senior Editor
Timmy Kenny '18
Senior Editor
Henry Ellison '18
Production Editor
see full staff
The Controversially Conservative Phyllis Schlafly
Phyllis Schlafly died earlier this year. She was a staunch conservative who nearly single handedly defeated the Equal Rights Amendment to the Constitution, which would have guaranteed equal rights to women.
by Sadie Smith
Brexit and Lessons in Globalism
The Brexiteers made their decision based on emotion rather than logic. Still, the remain campaign and globalists in general have a lot to learn about pitching their ideas to the general public.
by Diego Jasson
About

The Brunswick School Review is the opinion magazine for Brunswick School. Founded in 1902, Brunswick is an independent, college preparatory day school in Greenwich, Conn., providing character-based education for boys in Pre-Kindergarten through Grade 12. The Review was founded in 2015 and published its first issue in December of that year, the first of three in 2015/16. The Review focuses on opinion pieces and out-of-school topics, differing from the Brunswick Chronicle, which reports basic news and in-school conversation. The Review publishes online as well as in a magazine format. The magazines are distributed in the Brunswick Upper School and are free. For further inquiries, contact review@brunswickschool.org.
Latest
Results of the Review Election Poll 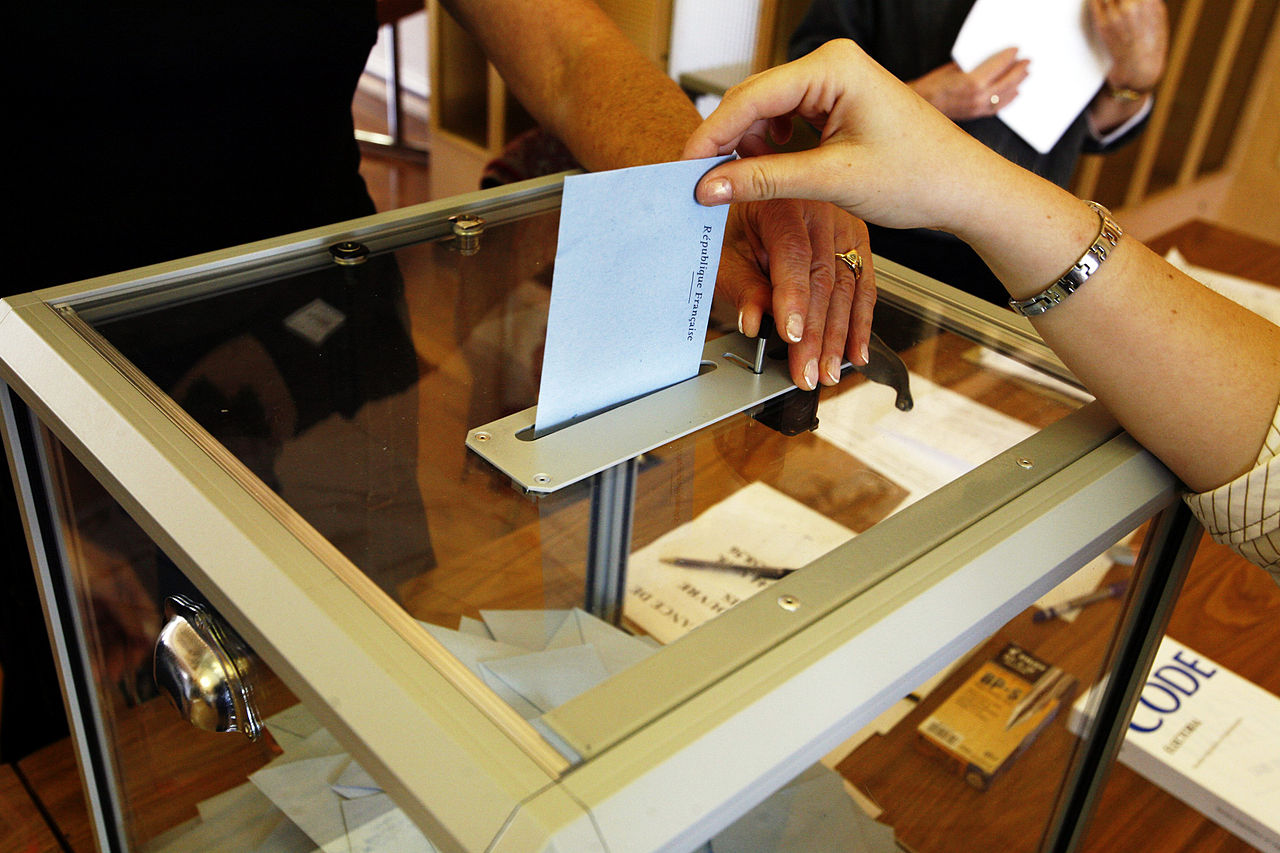 We conducted a poll of 186 Brunswick students the day before the election. What does a group of educated, wealthy, white kids in CT have to say?
by The Editors
Domestic Surveillance in the Age of Homegrown Terror 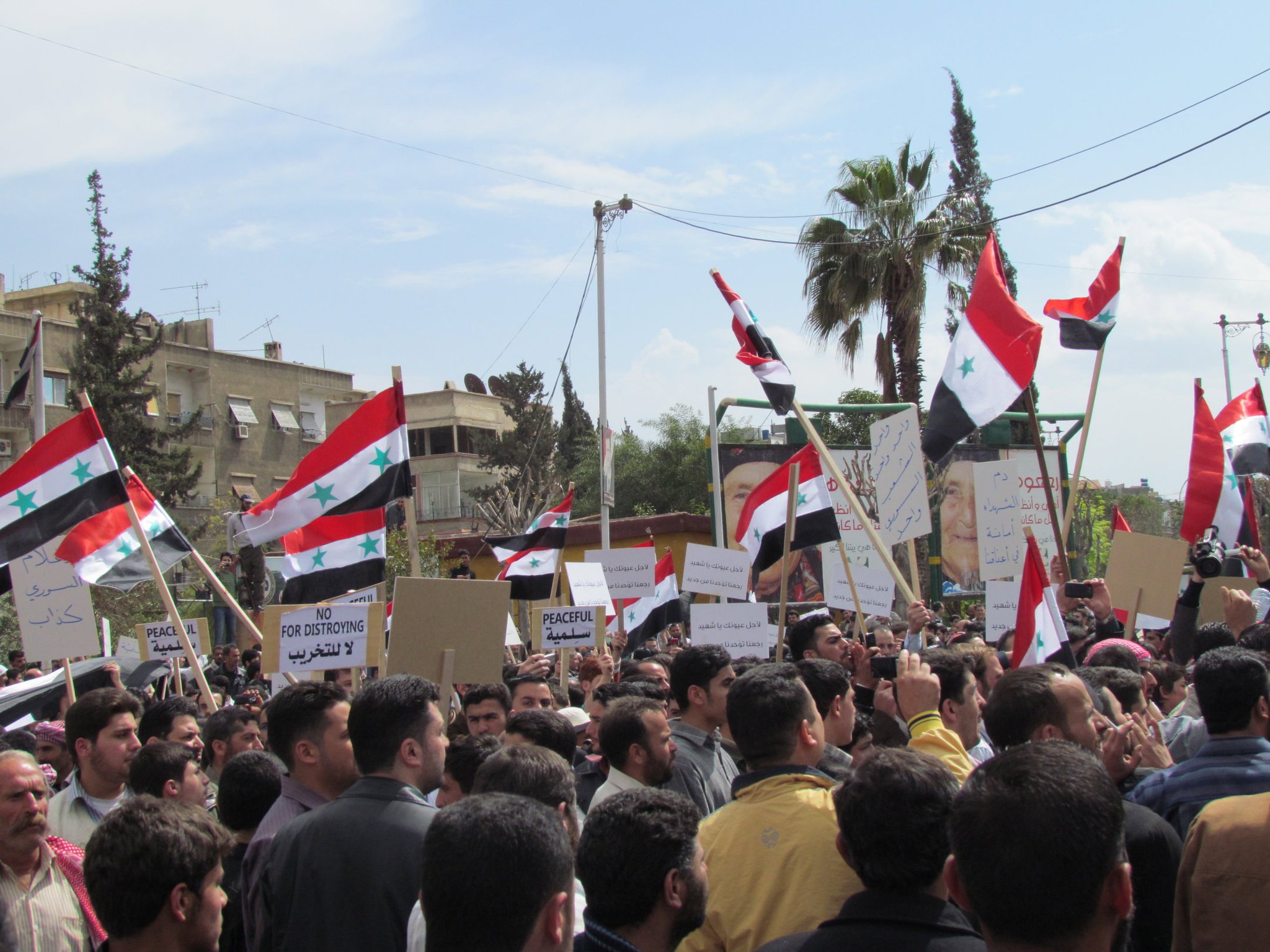 Despite countless warning signs, our law enforcement agencies have been unable to stop acts of lone wolf terrorism in the US. It's time we start upping our surveillance apparatus.
by Timothy Carter
The Uber Effect

Over the past few years, we've all been witnesses to the great effects of what's known as the sharing economy. How radical are its benefits?
by Henry Ellison
David and Goliath: The Fall of the Two Party System 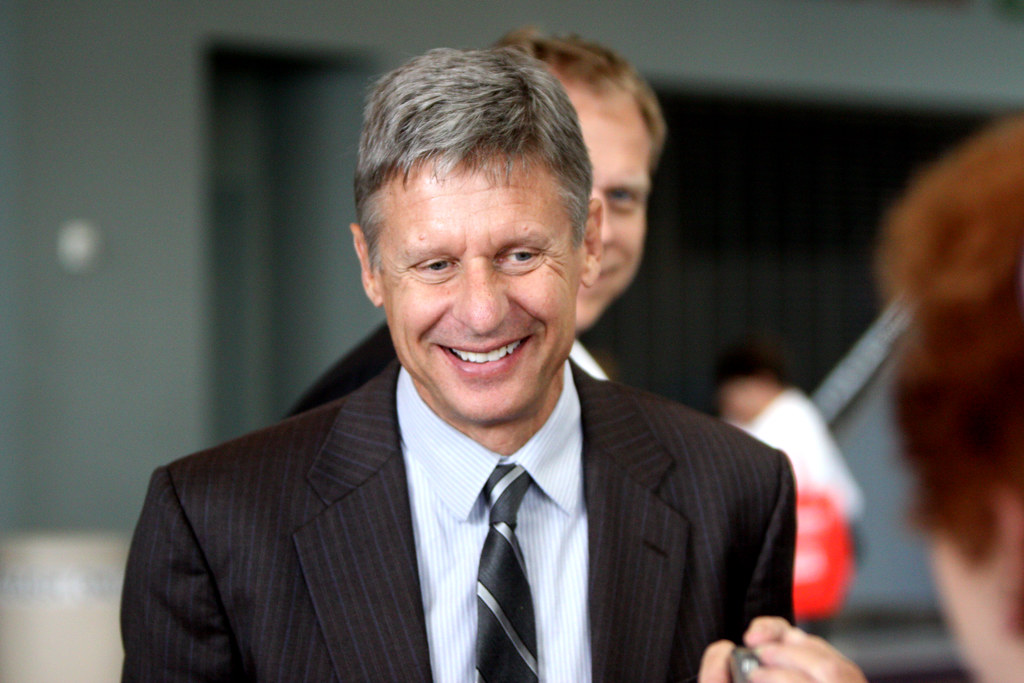 The Brexiteers made their decision based on emotion rather than logic. Still, the remain campaign and globalists in general have a lot to learn about pitching their ideas to the general public.
by Diego Jasson

Results of the Review Election Poll

We conducted a poll of 186 Brunswick students the day before the election. What does a group of educated, wealthy, white kids in CT have to say?

Domestic Surveillance in the Age of Homegrown Terror

Despite countless warning signs, our law enforcement agencies have been unable to stop acts of lone wolf terrorism in the US. It's time we start upping our surveillance apparatus.

Over the past few years, we've all been witnesses to the great effects of what's known as the sharing economy. How radical are its benefits?

David and Goliath: The Fall of the Two Party System

Brexit and Lessons in Globalism

The Brexiteers made their decision based on emotion rather than logic. Still, the remain campaign and globalists in general have a lot to learn about pitching their ideas to the general public. 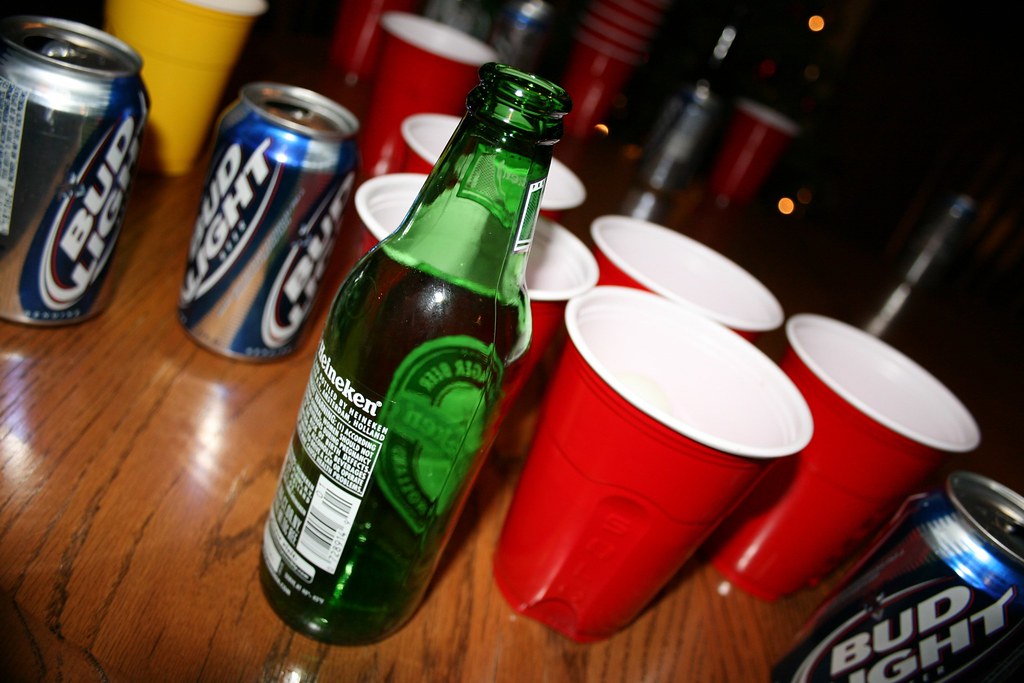 Hollywood would have you believe that college is one extended trip to Miami on spring break. The reality is, however, more grim, and it's at the center of America's most widely glossed over epidemics. 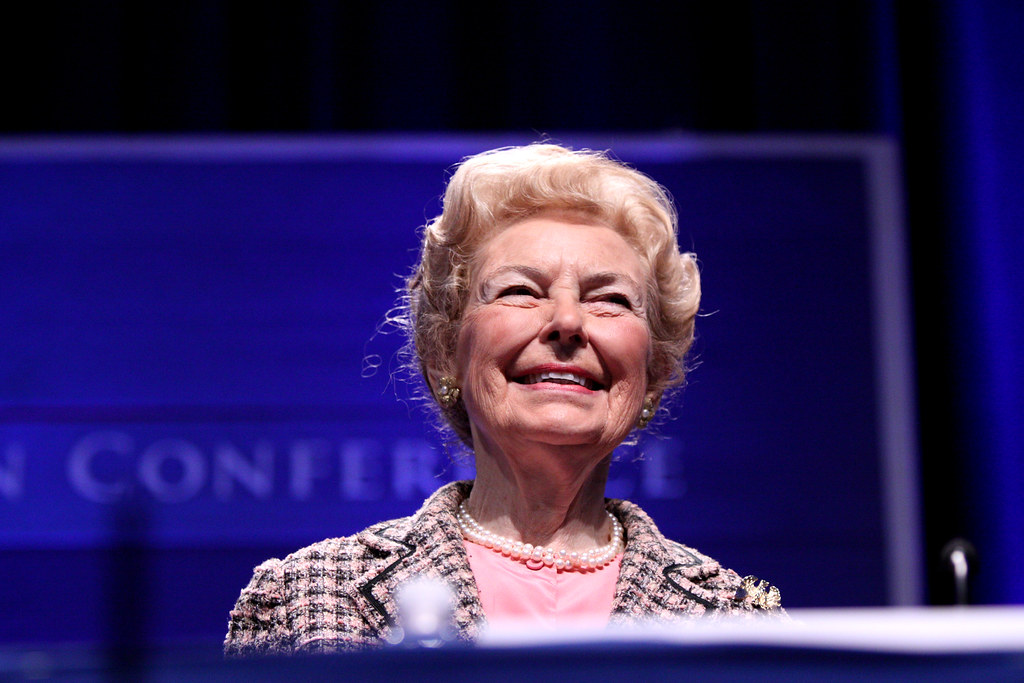 Phyllis Schlafly died earlier this year. She was a staunch conservative who nearly single handedly defeated the Equal Rights Amendment to the Constitution, which would have guaranteed equal rights to women. 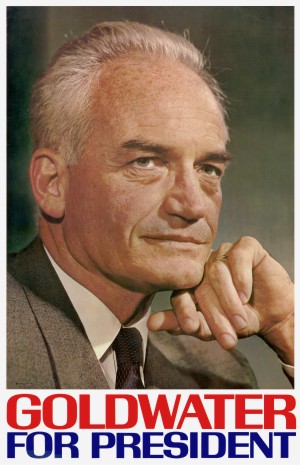 How does the American party system move on from this election? Donald Trump perhaps hasn't made the change himself, but what defines the Republican and Democratic parties is not the same as it was in 2012.

The Meaning of Freedom, Perverted by the Gun Industry 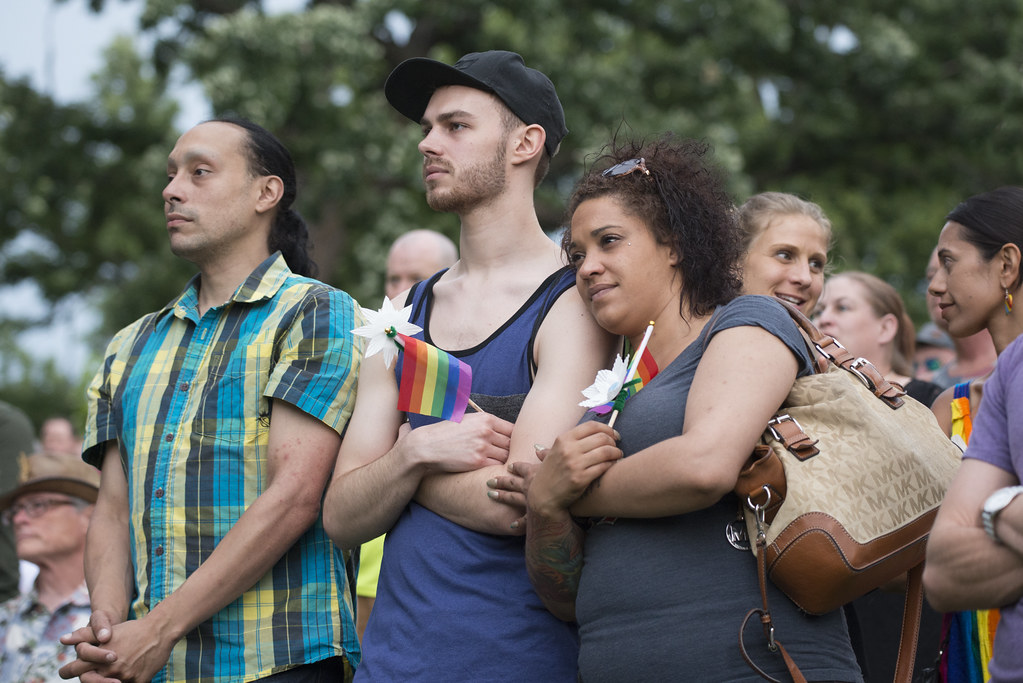 How many more lives have to be lost before our elected representatives stop kowtowing to the NRA and other associations of murder? These are preventable tragedies.


By Jonathan Wiener of the Young Democrats Club

The Election's Effect on the Markets

The ups and downs of the election cycle have produced some interesting effects on the stock market. It's not often that Wall Street cares more about what comes out of Donald Trump's mouth than Janet Yellen's.